The government is reforming the tax system: here is what you need to know

On Tuesday, the government published its 2019 spending plans, which include several changes to the tax system likely to have an impact on expats. In particular, we now know the government will not introduce a transition period for people claiming the 30% ruling. The government plans to introduce a number of changes to the tax system this year, although some measures will not come into effect until 2020 or later. Here’s a quick overview of the proposed changes. These will need to be ratified by the parliament and senate before they come into effect.

1 30% ruling: This is the most awkward one for many expats. The maximum term of the 30%-ruling will decrease to five years and there will be no transition period.

When will the change take effect: 1 January 2019

What does it mean to you: If you have already had the 30%-ruling for more than five years, the ruling will stop on January 1, 2019. For others the ruling will cease once your five years is up. It is important to be aware of the impact of the 30% ruling ending on your assets! As long as you or your partner makes use of the 30% ruling, assets – with the exemption of Dutch real estate – do not need to be stated on your tax return. But when the 30% ruling comes to an end you will also have to declare your foreign assets in your Dutch tax return. There is a double taxation deduction you can request in case you own foreign property. The only compensation is a transitional arrangement for the cost of international schools. Employers will be allowed to pay their employees’ international school fees for the year 2018/2019 untaxed. After that, school fees will be treated as a perk and the employee will have to pay tax on them.

When will the change take effect: This change will start taking effect from 2019 and be finalised in 2021.

What does it mean to you: The idea of the new tax rates and system is to boost income for people in works and encourage more people to get a job. For most the change will lead to a higher net income. Note: The government is also modernising the current tax-free allowance system which will also have an impact on your take-home pay.

3 Mortgage interest Plan: to cut mortgage interest tax deduction The mortgage interest deduction will decrease with 3% per year until the tax rate in the first bracket of 37.05% is reached. The maximum rate at which deduction takes place is now 49.50%. In addition, if you have no mortgage or a low mortgage you will have to start paying tax based on the property of your house. This is being phased in over 30 years.

When will the change take effect: Both measures will start from 2019.

What does it mean to you: You will be able to deduct mortgage interest at a lower rate (which means you will get a lower tax refund) and, once you have repaid the mortgage, you will have to pay tax on the value of your house.

4 Limits on tax deductible items Plan: Besides the mortgage interest, other tax deductions such as gifts to charities, entrepreneurs tax breaks and study costs will ultimately no longer be deductible at the top tax rate.

When will the change take effect: This change will take effect over the coming years, starting in 2019. The deductions will decrease with approx. 3% per year until the tax rate in the first bracket of 37.05% is reached. The maximum rate at which deduction takes place is now 51.95%.

What does it mean to you: If you use these deductions, these will now result in a lower tax rebate. The maximum deduction will be reduced from 51.95% to 37.05%.

5 Tax on dividends Plan: The dividend tax will be abolished.

When will the change take effect: As of 2020

6 Value-added tax Plan: The low btw rate will increase from 6% to 9%

What does it mean to you: The low tax rate applies mainly to basic necessities such as food, water, books, flowers and hairdressers but also museums and amusement parks. Economists estimate the average household will spend € 300 extra per household per year on groceries. Entrepreneurs will be affected if they cannot fully pass on the higher btw to their customers. Flowers will cost more.

When will the changes take effect: 2019

What does it mean to you: The average household will pay some €130 per year on their energy bills.

8 Tax on air travel Plan: Introduction of a flight tax The government would like to introduce a tax on air travel and it is most likely to be a charge per departing passenger aged two years and older. The rate will depend on the zones in which the air travel will take place.

When will the change take effect: The government wants to introduce this in 2021.

What does it mean to you: the details are still being worked out.

9 business taxes Plan: Change in the corporate tax rates. BV and NV companies have to pay corporate tax on their profits. These rates are currently 20% and 25% and will be cut to 16% and 22.25%. In addition, the box 2 rate which is applied when you take money out of your business will be increased from 25% to 26.9%.

When will the change take effect: These changes will take place over a period of three years, starting from 2019.

What does it mean to you: This change should make the Netherlands more attractive for (foreign) corporate companies to set up in business here and that means more jobs.

Reprinted by courtesy of Dutch News. Read more at DutchNews.nl 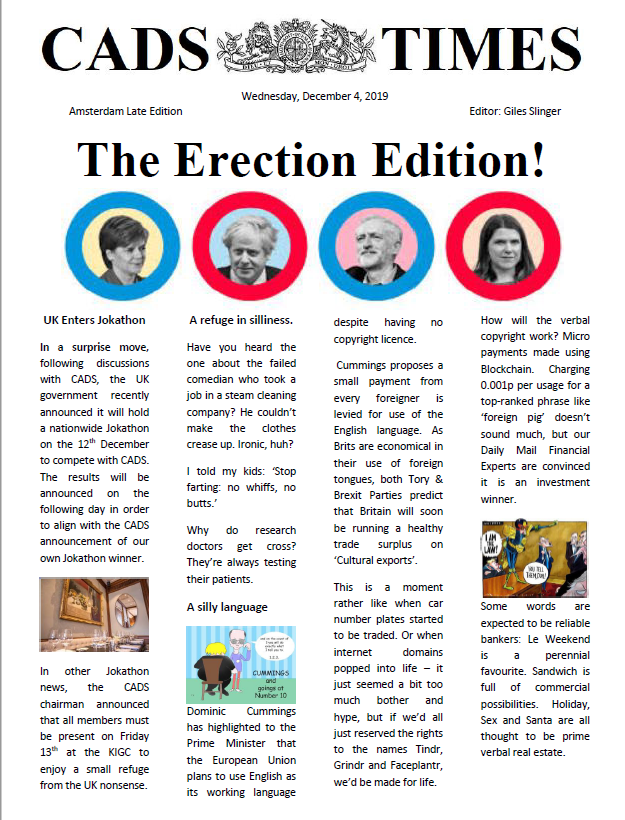