Captain Oates. “I’m just going out to CADS January lunch. I may be away some time.”

The January CADS lunch marked the 100 year anniversary of  an event that has become a symbol of human endeavour, bravery in the face of impossible  circumstances and cold, bleak tragedy: the arrival of CADS members to hear Julian Tangaere, head of the OPCW in The Hague to give his talk  about Scott Base in Antarctica, where he was the leader until three years ago.

Very cool. Just a handful of lucky souls went out to brave the storm of his magnificently cool lecture. To get us in the mood  we reduced the temperature of the Wyndham dining room to −89.2°C. We started off with penguin soup. Nah. Just kidding. Actually we ate freshly culled baby seal garnished with krill. Too far? Yes. Too far.

Captain Scott. Great God! This is an awful place.

No, no he doesn’t mean the Wynham. He means the Antarctic! You penguin!

Julian Tangaer exposed some surprising facts and statistics, plus what it’s like to live in the Antarctic, how it’s governed and what people do there. I almost got hypothermia just listening to it.

Sea level would rise 64 metres if ice melted: If Antarctica’s ice sheets melted, the worlds oceans would rise by 60 to 65 metres (200 – 210ft)  – everywhere. Even the Dutch would find that a challenge. 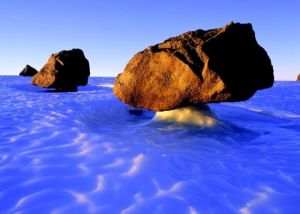 Meteorites: Antarctica is the best place in the world to find meteorites.

Hasn’t rained for 2 million years: The cold and dry conditions in the “Dry Valleys” region of Antarctica are so close to those on Mars that NASA did testing there for the Viking mission. It has not rained in the dry valleys for at least 2 million years.

Antarctica is a desert: Because of its low rain and snow fall, Antarctica is classed as a desert. The interior of Antarctica is considered the world’s driest desert because the extreme cold freezes water vapor out of the air.

A whales lunch consists of 4 million krill: It has been estimated that during the feeding season in Antarctica, a full grown blue whale eats about 4 million krill per day (krill are small shrimp-like creatures), that’s 3600 kg or 4 tons – every day for 6 months. Having laid down a layer of fat from this feeding activity in Antarctica, they then starve for several months.

This daily intake would feed a human for about 4 years! If you could stomach it. Krill may be nutritious but they’re not very nice as people food – which is lucky for the whales!

Area: The total surface area is about 14.2 million sq km (about 5.5 million sq mls) in summer, approximately twice the size of Australia, half as big again as the USA, fifty times the size of the UK and about 330 times bigger than the Netherlands.

Mountains: The highest peak is Vinson Massif at 4900m. Due to the ice cap Antarctica is the highest continent, averaging 2300m above sea level.

Climate: Three factors rule in Antarctica – cold, wind and altitude. Antarctica holds the world record for each of these three things

—Wind: Mawson station in Antarctica is the windiest place on earth. 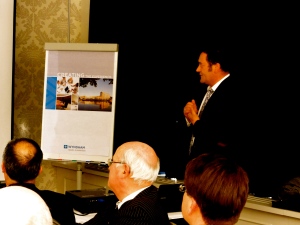 Ross ice shelf: (about the size of France)

Ronne-Filchner ice shelf: (about the size of Spain)

Population: About 4,000 on scientific bases in the short summer 1,000 total in winter, around 30,000 summer tourists – and this place is 1.4 x bigger than the USA! There are NO permanent residents and NEVER has been a native population.

Discovery and Exploration: Antarctica was imagined by the ancient Greeks, but not even seen until 1820.

Science: Scientists work on all kinds of unique projects in Antarctica, including penguins, Antarctic cod (they have a special antifreeze agent in their blood!), whales, seals, global warming, climatology, meteorites, glaciology, astronomy, volcanoes, UV radiation, and more. Scientists also study humans in Antarctica, doing research on how the human body adapts to cold and how the human mind and heart react to extreme isolation.

Tourism: Most tourists who visit Antarctica visit the Antarctic Peninsula, which is accessible from Chile. There the climate is mild in comparison with the rest of the continent, and is teaming with wildlife. This part of Antarctica is sometimes called the “Banana Belt.”

50 million years ago: Fifty million years ago Antarctica had a temperate climate, evergreen forests and many more kinds of animals than it has today. As the icecap slowly formed, most of the animals that lived there in ancient times were obliterated. Evidence of this once warm climate is in the fossils of plants, including fossil ferns, found by scientists

Penguins: There are many different species of penguins in Antarctica, including the huge and colorful emperor penguin, the smaller Adelie, the gentoo, the chinstrap penguin, the rockhopper, the king, the macaroni and more. In all there are 21 species of penguin scattered throughout the southern hemisphere. Penguins are great swimmers. They can swim so fast, if they’re trying, for instance, to escape the jaws of a leopard seal, that they can shoot out of the water 7 feet into the air onto a safe ice floe.

Seals: Seals in Antarctic waters include the Weddell seal, the Ross seal, the crabeater, and the leopard seal. On the Antarctic peninsula there are also elephant seals and fur seals. These southern seals are still recovering from the devastation wrought by the 19th century sealers.

Petrels: Penguins are the group of Antarctic birds that everyone thinks of first, but there are actually more petrels than there are penguins! Petrels include albatrosses, fulmars, prions, shearwaters, storm petrels, diving petrels and Gadfly petrels. Petrels are found in all the world’s oceans, but there are more in Antarctic waters than anywhere else.

Earth’s only continent without a native human population: The Antarctic Treaty and related agreements, collectively called the Antarctic Treaty System or ATS. For the purposes of the treaty system, Antarctica is defined as all of the land and ice shelves south of 60°S latitude. The treaty, entering into force in 1961 and currently having 49 signatory nations, sets aside Antarctica as a scientific preserve, establishes freedom of scientific investigation and bans military activity on that continent. The treaty was the first arms control agreement established during the Cold War.